I just delivered this seven-string guitar, based on my Berlin-II model. At first glance both look similar, but there are important differences.

Obviously the pickup had to be redesigned for the additional string, but I wanted it to have conventional polepieces instead of the grub screws that I use for the Berlin-II pickups. Why? Mainly because grub screws tend to damage the nails. Internally, this new pickup has a construction that is similar to a PAF, but the outside is wood (ebony), made like this.

Logically the tailpiece, neck and peghead are different also, but I made a modification at the back of the peghead to simplify the pieces that cover the back of the machineheads: 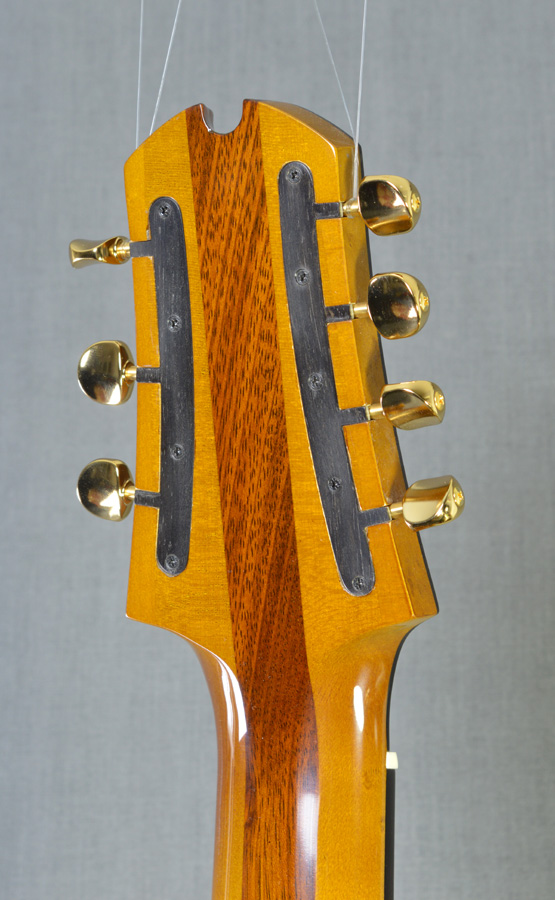 This guitar doesn’t have a pickguard, but the pickup ring is still made of ebony, internally reinforced with a piece of 1/16″ fiberglass: 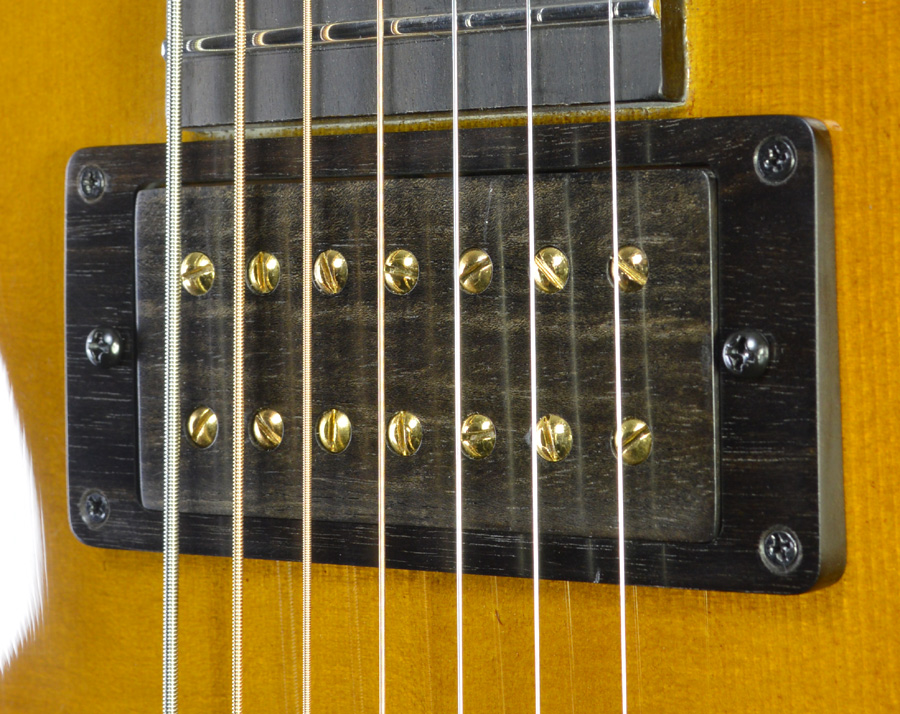 The bridge is of a new design: 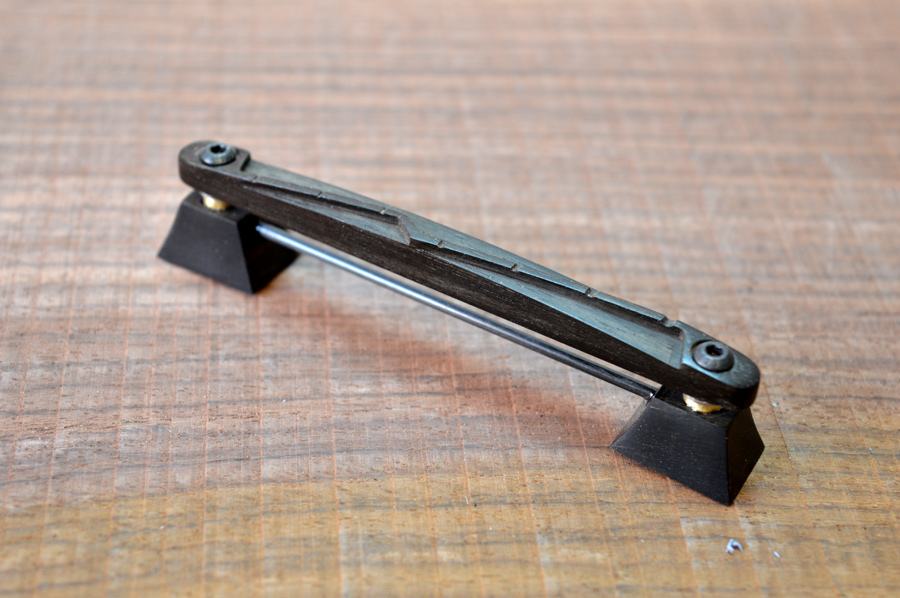 Very light (12 grams for this seven-string unit), it makes a judicious (and almost invisible) use of graphite. It is in that piece that joins both feet and also inside the saddle (which is mostly graphite with a thin ebony “skin”): 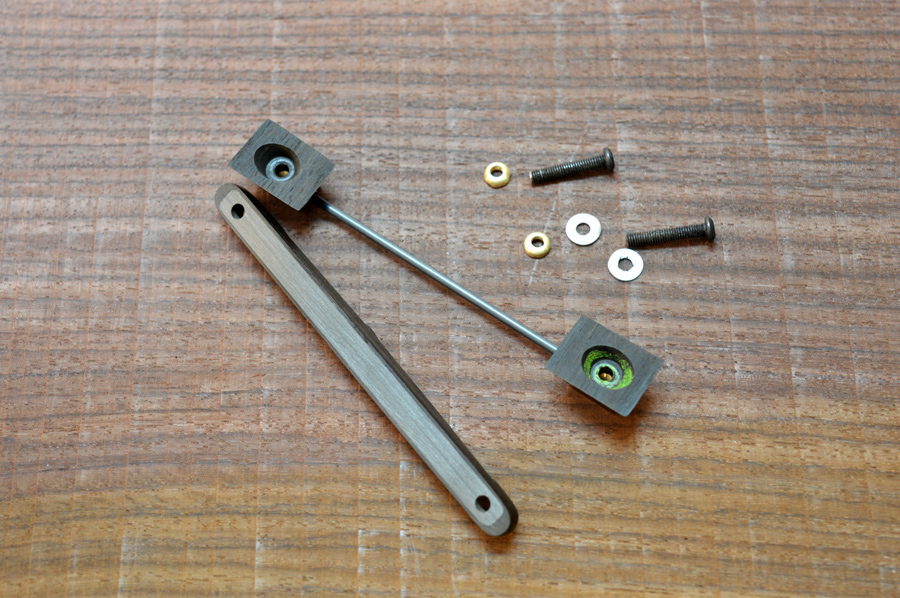 The top bracing is different also. I wanted to try the more conventional X design instead of the Berlin-II variation: 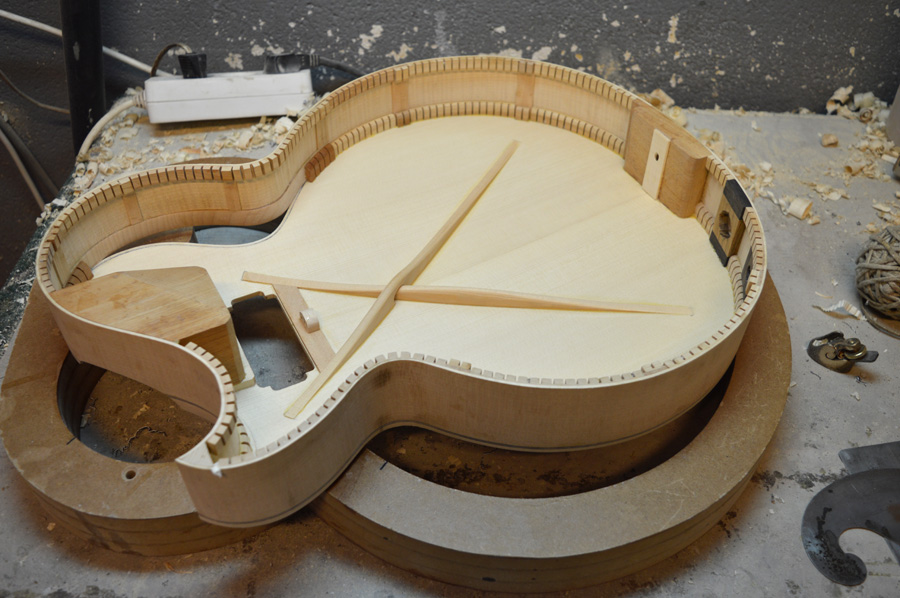 Just as the Berlin-II, this is a very light guitar. It has an excellent quality on the low register, something difficult to find on an archtop. The top and back have been carved very thin (to the point of letting light in at some areas), excluding the pickup surroundings, that must be kept thick and strong.